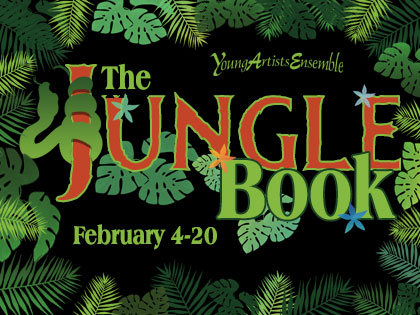 Young Artists Ensemble presents
The Jungle Book
February 4-20, 2022
(Additional Conejo Theatre for Everyone Performances February 25-27)
Play by Joseph Robinette
Based on the Mowgli Stories by Rudyard Kipling
Directed by Jess Coffman
The Jungle Book is the story of Mowgli, a young boy who is raised by wolves and who has adventurous encounters with many other wild creatures like panthers, bears, snakes, and tigers. Meanwhile, the story’s young author, Rudyard Kipling, is sent from his home in Bombay to a British boarding school where he encounters his own "jungle," including people - both good and otherwise - who parallel many of the animal characters he has created.